What I’ve Learned About Learning

We use the word learning a lot in our industry. When I started my career, I was much more concerned with doing. I’m sure many of you fell in the same boat. As a creative, I was concerned about doing a concept that would get noticed, because if the work got hyped, the halo effect on the brand would be infinite.

How can we tie a yeti back to the brief? Is a helicopter shot (the pre-drone days for the millennial posse) possible on a 15k production budget? Can we create a giant John Stockton minotaur and march him down Main Street in Spokane?

I learned how hard it was to sell a giant John Stockton minotaur, but I also learned a much more valuable lesson.

Doing things is just as important as learning things. But doing without applying learning is wasted time.

Now I soak in every daily lesson I can. I’ve learned about building morale within a growing office. I’ve learned that you can’t edit posts on certain social channels (so this one best be perfect). I’ve learned that every person at the table has something to say that adds value, even if doesn’t hit you for a week, a month or a year. And boy, have I chug-a-lugged KPIs.

I also discovered how well life wisdom translates to work. My family lived next to a wonderful 71-year old man (now 73) in Seattle for 5 years. His name was Charles. We wouldn’t need any fuel on earth if we were able to bottle Charles.

I learned so much from him. He carried a deeply worn pencil sketch in his pocket. On the middle of the page was the earth, above it was a heavenly woman representing the earth mother and written at the bottom were these three simple nuggets:

Charles told me he figured this part out as a young man, and because of it, he had enjoyed the most blessed life anyone could ask for. If you’ve witnessed this septuagenarian riding his bike around the hills of Seattle, smiling in his purple velvet hat, you’ve seen it to be true.

I hope you’ll take on the challenge of applying Charles’ philosophy to your work for one day. It won’t relate perfectly to each project, but for the bigger picture, it can work magic.

Put it on a sticky note on your computer. Write it on a legal pad. Have your co-worker send a Snapchat story filled with Charles’ wisdom.

See what you learn. Then do. 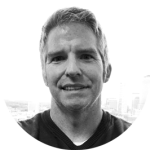